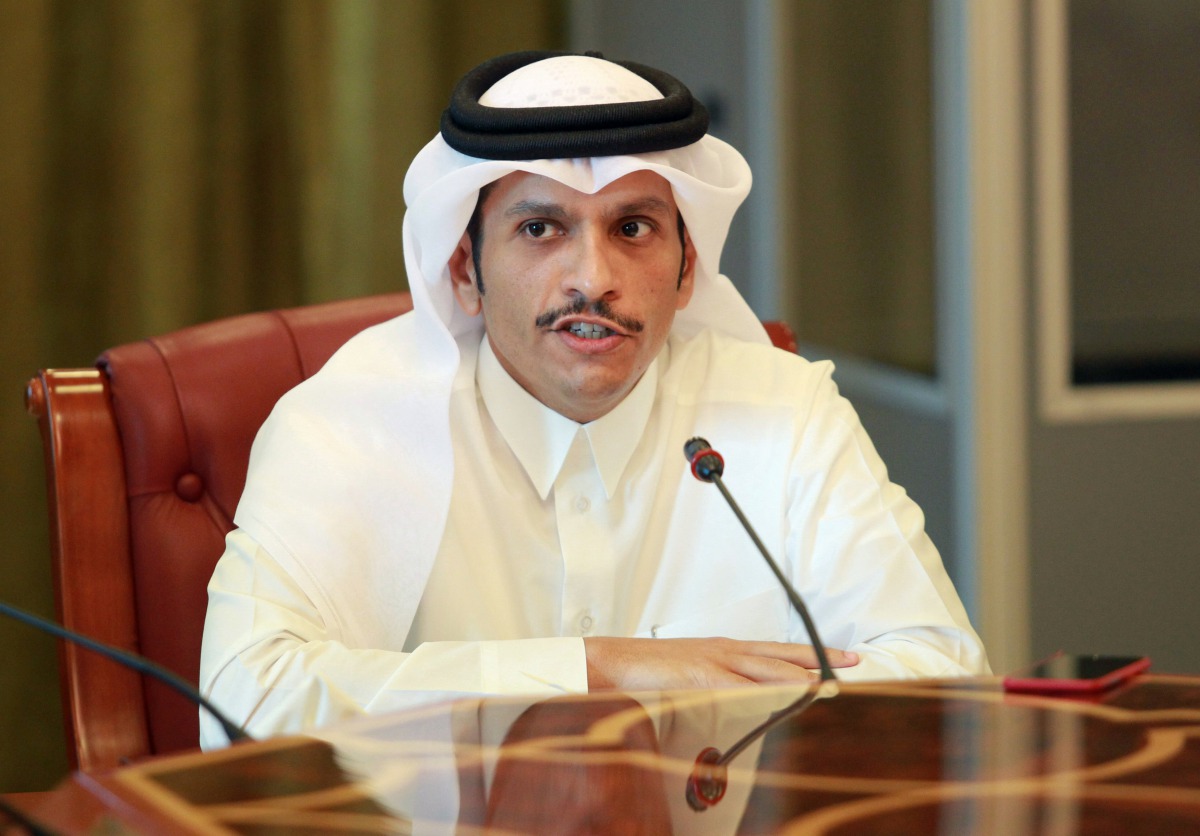 HE Sheikh Mohammed bin Abdulrahman Al-Thani expressed the State of Qatar’s great confidence in the German economy and its willingness to continue investing in German companies, despite the difficult times some companies are going through, noting that Qatar has still a lot to do. in this regard.

He added that the State of Qatar is indeed the largest investor in the German economy in the Middle East, and is always looking for new opportunities, especially in the “Metal Stand” platform; adding that Qatar is concentrating its investments in the areas of renewable energy, solar energy, wind energy and the hydrogen economy, in addition to technology companies, the pharmaceutical sector, services, finance and real estate, as well as medium and small businesses as they form the backbone of the German economy. He added that the state is also focusing on battery technology and storage technologies in the field of renewable energy which present great opportunities in Germany.

Regarding the Qatar Investment Authority, HE the Deputy Prime Minister and Minister of Foreign Affairs explained that the Qatar Investment Authority is a long-term investor that aims to create income for future generations through its global investments. It also aims to diversify state revenues in the future. “With the sovereign fund of the State, we guarantee our prosperity as a country in the long term. This is why we are diversifying our investments geographically and according to economic sector,” he said.

On the Russian-Ukrainian crisis and the role that Qatar can play in this regard, the Deputy Prime Minister and Minister of Foreign Affairs said: “Qatar rejects any aggression against the sovereignty of any state, and rejects any recourse to force against another country. Negotiations between Russia and Ukraine have been going on for a while but they have stopped, and there must be negotiations to end this war and this suffering. And we talk to both sides, because ultimately, world history shows that war never ends on the battlefield but on the negotiating table, and the sooner the better. Regarding the presence of Qatar Investment Authority in the Russian oil company (Rosneft) and in VTB Bank and others, His Excellency expressed his hope that the situation will change as soon as possible, stressing the commitment of Qatar Investment Authority to all sanctions and not to violate any of them.

Regarding the Iranian dossier, the Deputy Prime Minister and Minister of Foreign Affairs said: “Iranian leaders have told us that they are ready to find common ground. Achieving a solution in this regard will support stability in the Gulf, and pumping additional quantities of Iranian oil to markets will help stabilize crude prices and reduce inflation. Regarding the looming global hunger crisis due to the war in Ukraine, His Excellency emphasized that the most important thing now is that the war in Ukraine be urgently stopped. In addition, more investment should be made in food production in other parts of the world; noting that Qatar has already invested in agribusiness in other countries for its own food security, and will expand this, however, this does not diminish the importance of ending the blockade of Ukrainian ports so that the authorities of kyiv can export the food they have stored.

In response to a question about the FIFA World Cup Qatar 2022, HE Deputy Prime Minister and Minister of Foreign Affairs, Sheikh Mohammed bin Abdulrahman Al-Thani, affirmed that the State of Qatar welcomes fans Germans and all the other supporters on its soil to attend an exceptional event. version of the world cup. “You have to come to Qatar to see what has changed in the last few years,” he said.

Regarding the rising gas prices, His Excellency said that the State of Qatar is currently making every effort to help its European partners fill the gaps in European energy markets. He added: “We are currently engaged with the Europeans and other partners, and we are not changing the destination of the LNG tankers although our contracts guarantee us to do so in the event of a higher price in another destination. In addition, Qatar is significantly increasing its gas production to be able to export more LNG to Europe.

Market uncertainty is a good incentive to review your investment strategy

Can this trendy investment strategy help you save for retirement?

Can this trendy investment strategy help you save for retirement?