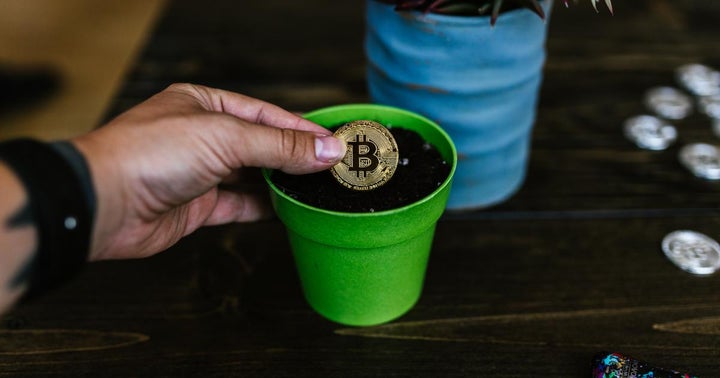 Is this crypto investment strategy suitable for cannabis?

You need to know when the HODLs and when to fold them.
If you are a crypto investor or a fan of long-term holdings, strategy may already be part of your process. With cannabis awaiting federal legalization in the United States and the market maturing as a whole, some believe hodling is the way to enter the nascent market.
As is the case with most strategies, nothing is perfect for every investor.

HODL dates back to 2013 and a drunken forum post discussing Bitcoin (CRYPTO: BTC), namely the 39% drop in BTC in January.
Rather than bail out the plummeting coin, user GameKyuubi stayed with the stock.
He wrote: “WHY AM I HOLDING? TELLING YOU WHY”, adding: “This is because I am a bad trader and I KNOW I AM A BAD TRADER”.
He stressed the importance of holding on in a bear market, a belief now held by many in the crypto space regarding dumped coins. September Analysis of CryptoBuyer reported that 68% of altcoin buyers linger for the long haul.
Mark Lozzi, CEO of the B2B and B2C platform for the cannabis industry Confided, said that “HODLing generally helps investors alleviate short-term volatility and downward pressure in the market, which often results in hasty decisions that generally go against your fundamental investing thesis.”
In crypto or otherwise, sources say that successful hodling is based on successful execution.
Lozzi noted that crypto assets are at risk of failing, leaving the investor to choose wisely before deciding to hodl. “It is always very important that a HODLER chooses the right crypto assets that will stand the digital test of time,” he added.
Shaun Heng, Vice President of Operations at CoinMarketCap, said crypto could be a substantial source of income for an investor when done correctly.
“By well done, I mean, you hung around for at least five years,” he said. “Hodling six months doesn’t count.”
Heng said the model works if someone is looking for an investment that won’t take a lot of time. However, he added, “It can certainly be a challenge to see massive fluctuations in your net worth, even as it tends to increase.”
Stefan Ateljevic, crypto entrepreneur and founder of the reviews and information site Crypto guys, approves the strategy but notes that it is not for everyone.
“The price of crypto tends to be volatile and changes daily,” Ateljevic noted, adding that a good hodler is a stubborn investor who buys low and remains determined to cash in in the future for bigger returns.
Ateljevic has not always practiced this investment methodology. Eight years ago he invested in Bitcoin but failed the first time around. He told Benzinga he “was in a lot of panic selling a good piece when it was less than $ 10,000 a piece.”

For his luck, he exploited Ethereum (CRYPTO: ETH) since the first day.

Discussing potential coins that are worth considering, Ateljevic said, “Hodling for five years could see this give you massive returns on your investment.”

As in crypto, cannabis investors may want to consider hodling if a long term investment strategy is suitable for their strategy.
Lozzi said a hodl-like strategy could pay off in areas like genetics and brands, though he’s not so sure about the crop, which could see commoditization and low-cost growers in the lead. of the peloton. He noted that the best bet for seeing a possible return on cannabis investment is to invest in leading names, innovators and market players. “The returns will come,” he said.
Investors often draw parallels between cannabis and crypto. However, Heng cautions that the two emerging spaces are not as similar as some assume.
“On the upside of cannabis, it’s an industry that still doesn’t have a lot of established players, which means there is room for the competition,” he said.
Heng then countered his point. “Nonetheless, Bitcoin is a deflationary digital currency, which the world has never seen before.” As such, he sees Bitcoin’s market potential reaching heights that cannabis will not.

Is this crypto investment strategy suitable for cannabis?