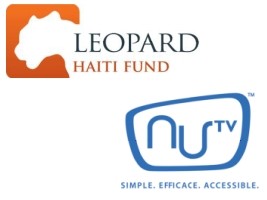 On Monday, Leopard Capital announced that it had invested 2,500,000 USD to become a minority shareholder of Digital Satellite Systems, owner and operator of one of Haiti’s main pay-TV services, â€œNUtvâ€. Leopard Capital’s investment in NUtv will be made through Leopard Haiti Fund LP (â€œLHFâ€). LHF’s investment will help NUtv improve its existing network and expand coverage to many areas of Haiti that currently cannot access a wide range of television programming.

The wider deployment of NUtv in Haiti will support Haiti’s transition from analogue to digital television, a step in bridging the digital divide. NUtv uses the latest generation digital broadcasting standard, DVB-T2, originating in Europe and increasingly popular around the world.

Mr. Patrice Pezat, CEO of NUtv, added â€œWe have the best technology to revolutionize the television industry and are happy to have a strong financial and strategic partner behind us. The Haitian market will be able to enjoy the best content at an affordable price with our prepaid solution. “

About Leopard Haiti Fund LP:
LHF was launched in July 2012 as the first private equity fund for Haiti, with committed capital of US $ 20 million from the International Finance Corporation (IFC) of the World Bank, the Netherlands Development Finance Corporation (FMO) and the Inter-American Development Bank (IDB) Multilateral Investment Fund (MIF). LHF invests in small and medium enterprises vital to job creation, economic development and Haiti’s continued recovery from the 2010 earthquake.

LHF is Leopard Capital’s second investment fund and focuses exclusively on investing in Haiti. LHF’s first investment was in a drinking water company, dloHaiti Inc., in May 2013. NUtv is the fund’s second and largest investment to date.

Why Dream Capital invested in Rario